Page 27 - What matters at this stage is the construction of local forms of community within which civility and the intellectual and moral life can be sustained through the new dark ages which are already upon us
Cité dans 167 livres de 1906 ŕ 2007
Page 115 - Here the term 'language game' is meant to bring into prominence the fact that the 'speaking' of language is part of an activity, or form of life
Cité dans 291 livres de 1920 ŕ 2007
Plus
Page 94 - steps back to watch the forms of transcendence fly up like sparks from a fire; it slackens the intentional threads which attach us to the world and thus brings them to our notice; it alone is consciousness of the world because it reveals that world as strange and paradoxical (Merleau-Ponty,
Cité dans 57 livres de 1969 ŕ 2006
Page 121 - and exercise of which tends to enable us to achieve those goods which are internal to practices and the lack of which effectively prevents us from achieving any such goods
Cité dans 142 livres de 1981 ŕ 2007
Page 71 - The map, a totalising stage on which elements of diverse origin are brought together to form a tableau of a 'state' of geographical knowledge, pushes away into its prehistory or into its posterity as if into the wings, the operations of which it is the result or the necessary condition
Cité dans 26 livres de 1992 ŕ 2007
Page 91 - The wonder of mimesis lies in the copy drawing on the character and power of the original, to the point whereby the representation may even assume that character and that power. In an older language, this is 'sympathetic magic' and I believe it is as necessary to the very process of knowing as it is to the construction and subsequent naturalization of identities
Cité dans 25 livres de 1993 ŕ 2007
Page 71 - Far from being illustrations, iconic glosses on the text, these figurations, like fragments of stories, mark on the map the historical operations from which it resulted. Thus the sailing ship painted on the sea indicates the maritime expedition that made it possible to represent the coastlines.
Cité dans 13 livres de 2001 ŕ 2006
Page 85 - need' to participate in both modalities. Persons starved of one in their functional day-today activities seek it in ritual liminality. The structurally inferior aspire to symbolic structural superiority in ritual; the structurally superior aspire to symbolic communitas and undergo penance to achieve it (Turner,
Cité dans 10 livres de 1969 ŕ 2006
Moins

Alison Phipps is Director of Graduate Development for Arts, Humanities and Education at the University of Glasgow, where she teaches modern languages, comparative literature, anthropology and intercultural studies. Her books include Acting Identities (2000), Contemporary German Cultural Studies (ed. 2002), Modern Languages: Learning and Teaching in an Intercultural Field (2004) with Mike Gonzalez, Critical Pedagogy: Political Approaches to Languages and Intercultural Communication (ed. 2004) with Manuela Guilherme and Tourism and Intercultural Exchange (2005) with Gavin Jack. 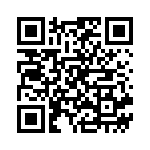